Bruno Hempf is a non-tenant character in Beholder who works for the ministry.

In Blissful Sleep, he is portrayed as an extremely corrupt and immoral minister official. He has no qualms about bypassing the law for his own benefit and even helps the Schimmers to illegally get an adopted child after pressuring Maria Schimmer to sleep with him. He is also shown to be brusque, at one point asking Hector Medina if he has any questions about an order and immediately interrupting his question. He is also very greedy, only willing to do anyone a favor if they give him a large amount of money beforehand. Despite his disregard for the law, he is intelligent enough to avoid being caught for any of his violations and is never discovered.

In Beholder, he first introduces Carl Stein to his new job as the manager of Krushvice 6 and acts as a tutorial guide, along with the Ministry of Order. He is not seen in person until the end of the game, offering to overlook any warnings or penalties that Carl has incurred throughout the game during the inspection, if Carl pays him. Donating $40 000 to the state or the military helps Carl but does not erase his record, and it is still possible for him to fail the inspection. If Carl gives him $60 000, he will remove all violations on Carl's record, resulting in him being cloned as the perfect employee due to his zero-violation record in the ending.

In Blissful Sleep, Hector can ask him for help with locating Zlata Schimmer's biological parents, but Bruno forces him to ask the Schimmers for $125 000, pressure Maria to sleep with him again, or convince Klaus Schimmer to quit his job as an economist so Bruno's nephew can take the job instead. He later orders Hector to steal Klaus's absentee certificate and comes in person to pick it up. If Hector asks him for help with avoiding the Blissful Sleep Procedure, he will demand $100 000 in return. Hector can also donate George de Latour's statue of the leader to him, reducing the cost to $75 000.

In Beholder 2, Evan Redgrave can go through Pete Ferguson's computer and read an email address to b.brother@ministry.gov. In the email, Ferguson rants about Caleb Redgrave to Bruno and asks him to find dirt on Caleb. It is very likely that Ferguson was corresponding with Bruno Hempf due to the latter's position in the ministry. Alloisius Shpak also mentions that Anna Stein shot Bruno in the stomach after he came to evict her. He presumably survives this as the email to him was sent in 1985, months after Beholder 1 ends.

He is a senior public servant of the Ministry of Order and the assigned tutor of new public servants in the Ministry of Care. He is also the direct superior to Hector and later Carl. He has jurisdiction over the police and has the power to send them to collect The Leader's statue for his own office. 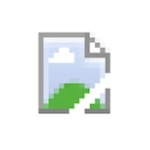